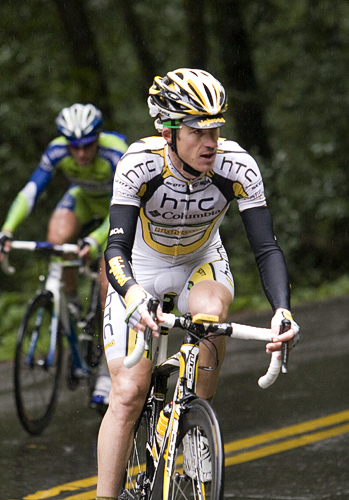 When I watched the Tour de France last year, I wasn't a big fan of HTC-Columbia. However, there are several reasons why I chose to feature them in today's post.
Incidentally, we caught stage 2 along Trinity Grade, which is in between Napa and Sonoma. This time around, the peloton was broken up, so we got wave after wave of smaller cyclist groups. The downside is that it rained most of the day. 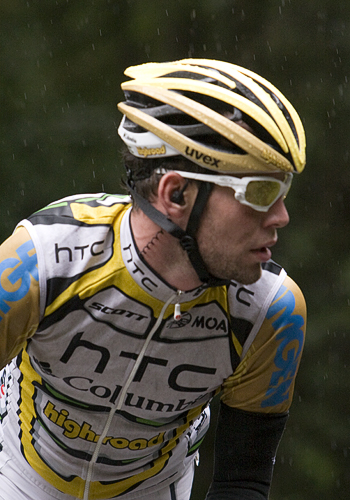 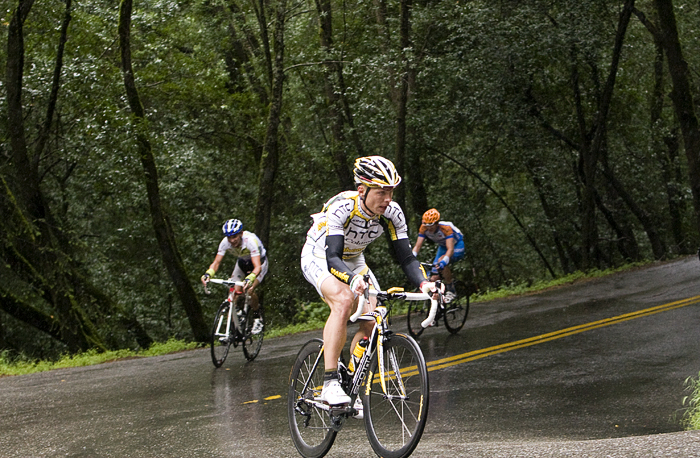