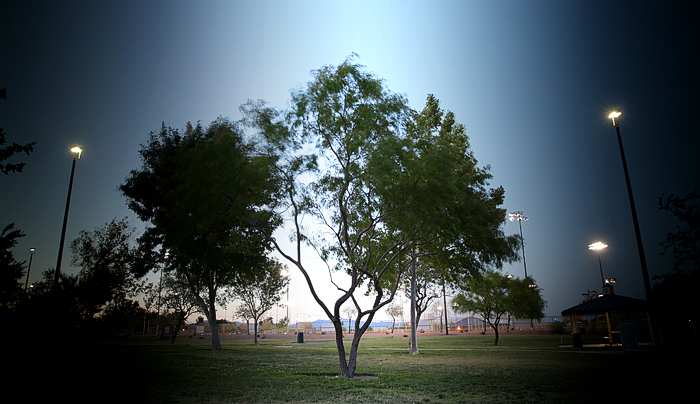 My first thought for a Summer Solstice photo was Stonehenge. That's a little out of reach. I then remembered the idea of HDTR (high dynamic time range). It's where you take a series of photos of the exact same scene at different times of the day and then blend them together to depict the passage of time. That sounded like a good idea since it's the longest day of the year.
I've been meaning to try HDTR for a few months and I will do so eventually, but it's a big time commitment. For this photo, I cheated and took several photos of varying exposure. You get the idea.
Posted by Paolo DLR at 9:52 PM