UNLV held a public preview of the brand spanking new Mendenhall Center practice facility. The place is state-of-the-art and will be a great recruiting tool. It can only help us to maintain this meteoric rise we've experienced this season. I'm looking forward to catching a few practices down the road. 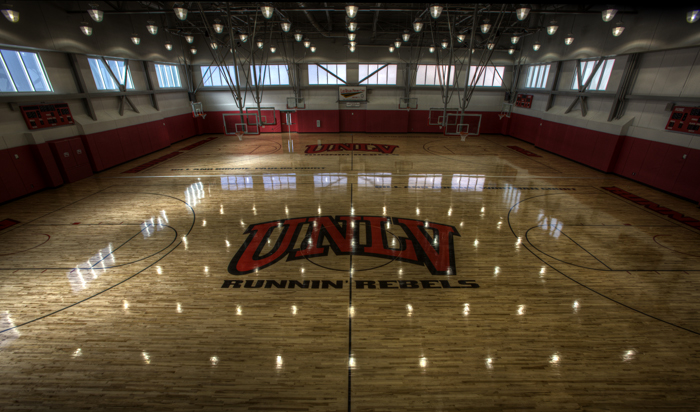 It's the year of the dragon. My blog posts have definitely slowed down to a trickle, so I figured I needed to get out and shoot something. The Bellagio Conservatory always puts on an impressive display, but I think they may have outdone themselves this time.

Note that I've posted six photos. I wanted to make sure it's a lucky number. 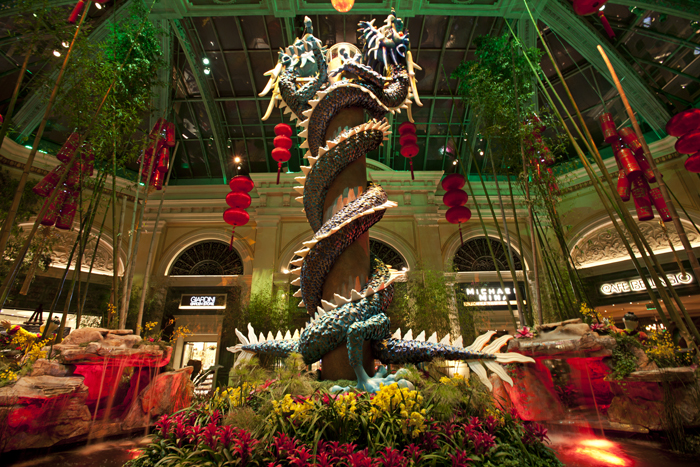 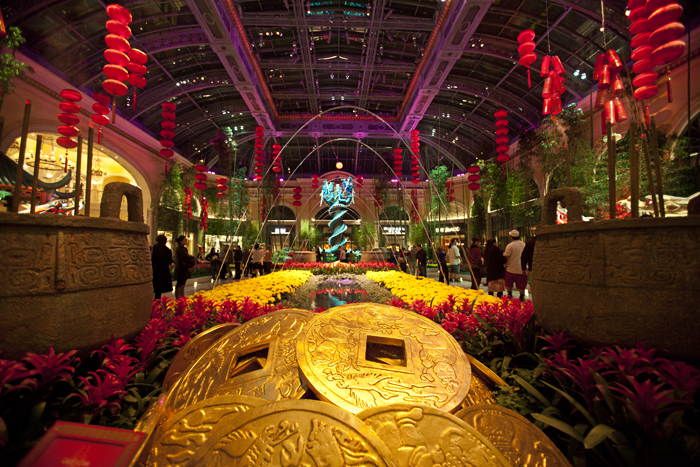 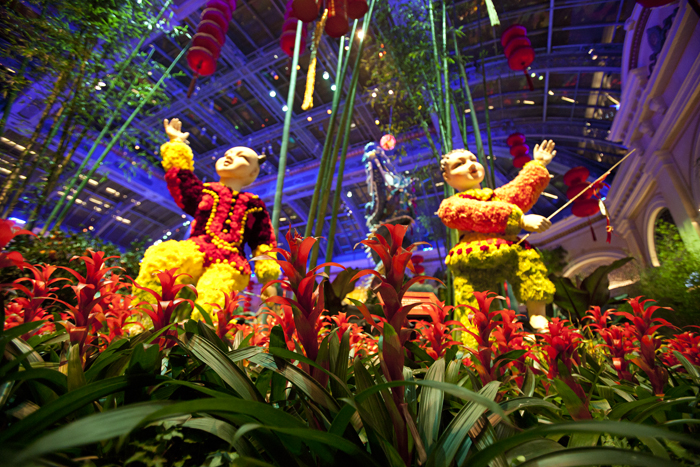 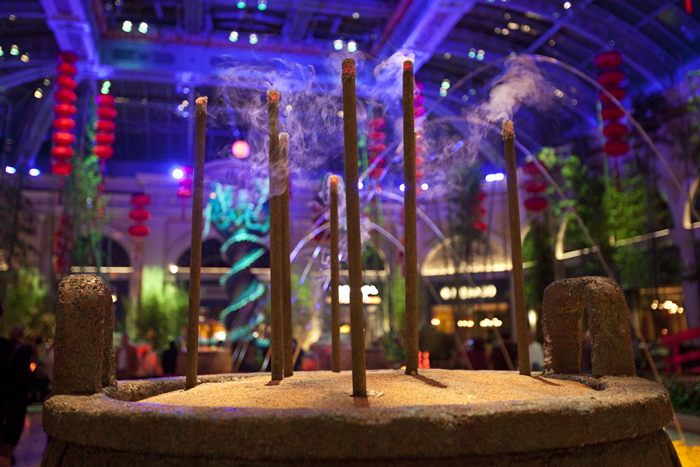 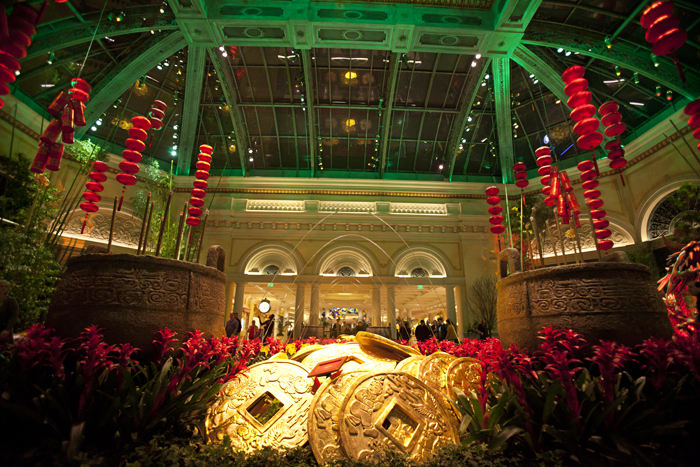 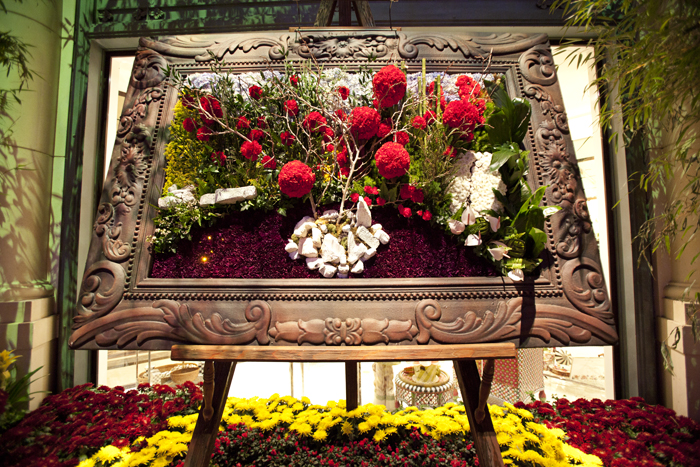 CES this year was pretty blah. The only things that interested me were the 55" OLED TVs (those are stunning) and the Galaxy Nexus phone (which is already in the market). The LG booth was showing the most impressive footage—who knew that K-Pop would look so good in 3D? I hate 3D, but Lucky Goldstar may have found my weakness!

This blog post comes from the Audi booth. They had so much fluorescent lighting, you'd be forgiven for thinking they had a skylight above them. It was pretty cool, except I really don't care about cars unless you're revolutionizing the electronics within them. This photo is simply me shooting straight up at their lighting array. Happy 2012 everyone! It's a new year and I think that calls for a new format for this blog. I realized part way through last year that I was no longer doing the daily thing, so why was I still prefixing the title with the date? Also, I'll probably give the site a different look at some point.

For now, I'll get 2012 rolling with some star trails. I got up just after midnight (this morning) and drove out to Red Rock to catch the Quadrantid meteor shower. I didn't really see anything, most likely thanks to a super bright gibbous moon, but I wasn't about to let the night go to waste. I knew I wanted to feature this sign, especially since I parked right in front of it.

This is the first time I've ever tried a composite star trail photo (I usually do a single long exposure). It's much easier than I expected thanks to this Startrails software. I combined 70 consecutive 30-second exposures (35 minutes) to produce the image below. Now that I know how well it works, I'll try staying out there longer.

Shots like these make me so glad I pulled the trigger on the 5D Mark II. There's absolutely no way this would look anywhere near as clean on my old 30D body. 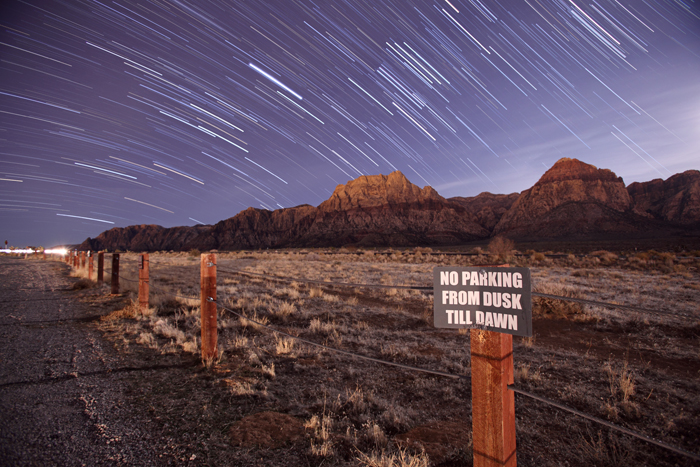