After touching down at Incheon and the subsequent one-hour "limousine bus" ride to COEX, Jieun's sister and family picked us up and took us to dinner at 명인등심. The plan was to get Galbitang because it's supposedly good there, but it turns out that they only serve that dish for lunch. In any case, my first meal in Korea was a success. 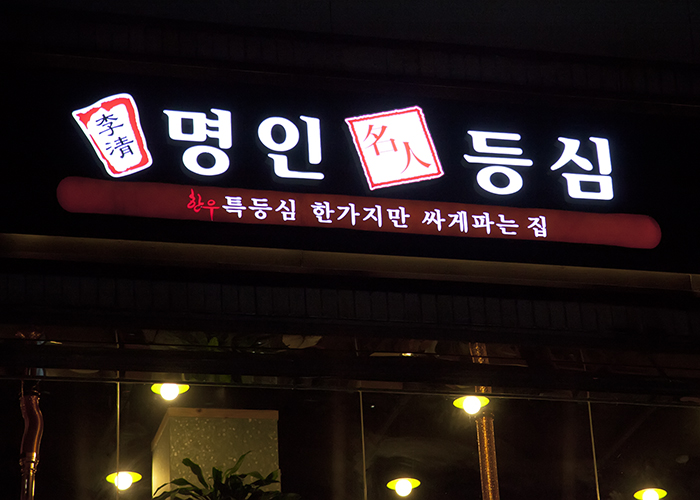 The name of the restaurant means something like "master fillet," referring to the grade of their meat. The BBQ beef that we enjoyed was incredibly tender and flavorful. It could also be Sean's masterful skills on the grill. I found out later that it was also reflected in the premium price of our dinner—not cheap at all. 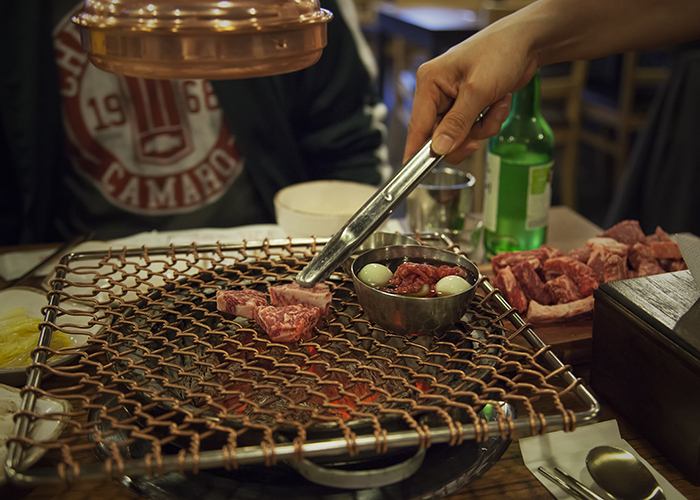 If you're familiar with Korean cuisine, you know that the side dishes, or banchan, are a staple. One of the banchan was this delicious scallion salad. Evidently, it's a typical accompaniment to KBBQ. The bowl warming up on the grill is Jangjorim, a classic side dish containing beef, garlic, soy sauce, and quail egg—one of my favorite foods!

Towards the end of the meal, they brought out this hot and tasty jjigae that they then mixed with rice to make a porridge. It was a satisfying end to a great dinner.