As a fun diversion, Sooeun booked us an overnight camping trip to a place called Pocheon Glamhouse. On the way, we stocked up on supplies at eMart, which can best be described as a cross between Walmart and IKEA. It's one of the nicest grocery stores I've ever seen. 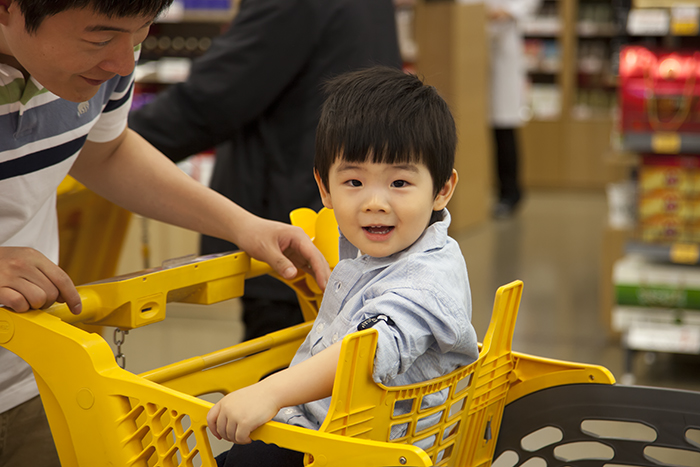 For all you board game geeks out there, I found the Korean edition of Settlers of Catan. 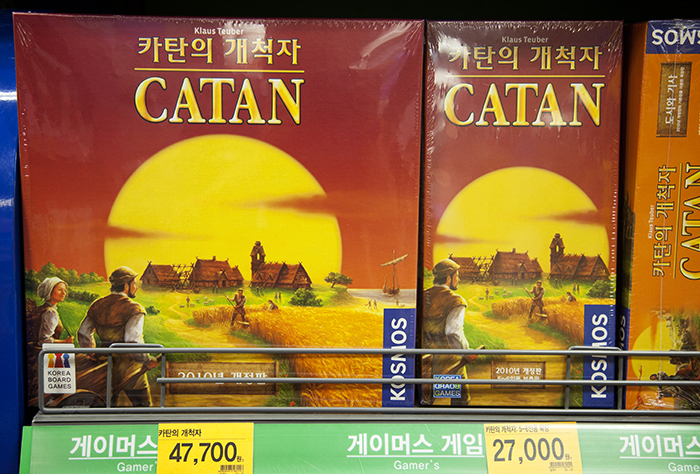 I saw this safety sticker on a bidet and it made me chuckle. Korea is such a smoking nation that they need a warning about smoking on the toilet. The guy does look very relaxed though.

After the hour or so drive north of Seoul, we arrived at the campsite. As you can see, this isn't exactly roughing it, hence the name Glamhouse. To coin a phrase used by a friend, it's more like glamping.

The tent even had heated blankets (and an outlet to plug into, obviously).

Pocheon is fairly close to the border with North Korea. In fact, we saw some ROK (Republic of Korea) soldiers along the road as we got closer to our destination. We also saw this old pillbox up on the hill directly in front of our tent. I would hazard a guess and say it's a relic from the Korean War. 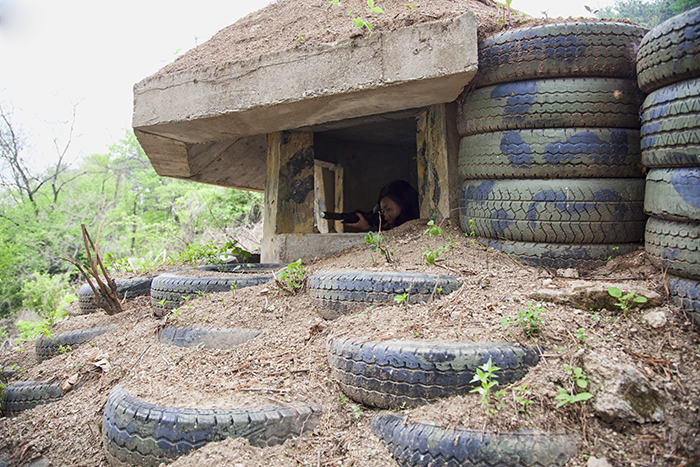 We had some fun with it.

This is a highly textured HDR image from inside the pillbox. 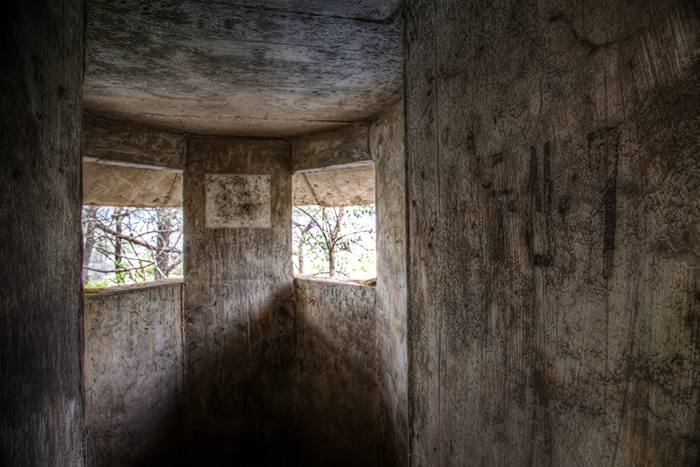 Once we came back down from the hillside, it was time to get our grill on. One of the luxuries of glamping is that they provide you with everything you need for a full KBBQ dinner. Of course, we had our own supplements from eMart.

I suppose this is how you get "iced" in Korea. The ICing drink on the right is a sparkling makgeolli. Very refreshing.

The next morning, I found this frog on the way to the bathroom. He was probably scared, but he cooperated like a champ.

I guess Jihong didn't sleep that well, but he was all smiles in the morning.

He likes to toast. They really start the kids early in Korea.

Driving back to Seoul, we passed at least ten of these ROK tanks—another reminder of how close we were to North Korea.