One more Jack-o'-lantern for the road. If you're not familiar with this character, it's from "My Neighbor Totoro," a 1988 animated film by legendary filmmaker Hayao Miyazaki.

The etching of the belly and teeth wasn't as bad as I thought. I just used a paring knife. I cut hard outlines first and then etched out the pumpkin skin. It might have helped that we actually started the main carving a few days ago. After sitting in the fridge for a few days, the pumpkin flesh became softer. I then put both of our pumpkins in a water bath with a bit of bleach (to help prevent mould). This completely rehydrated the pumpkins and they are nice and hard again—just like new! 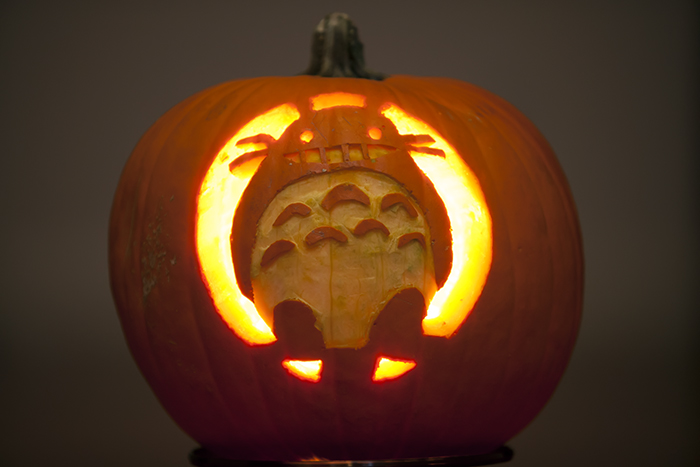