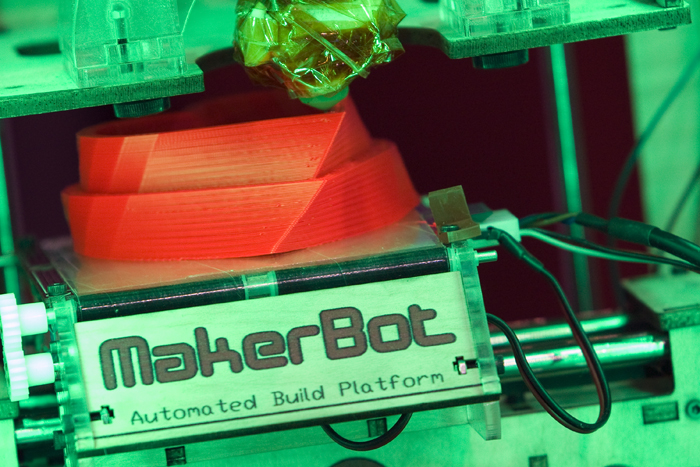 On the last day of CES, I was on a mission to find the MakerBot 3D printer. They only had a small booth and I had trouble finding it, but it was worth the search. That thing is just conceptually cooler than anything else at the show. The best thing is that it's open source. You could build your own MakerBot!
As for the other two photos, I was just trying to capture something artistic. The photo directly below was shot through an LED display wall at the Motorola booth (I think). The last photo is of my friend Elena at the Casio booth. Yes, I focused on the Harley; I was going for something different. 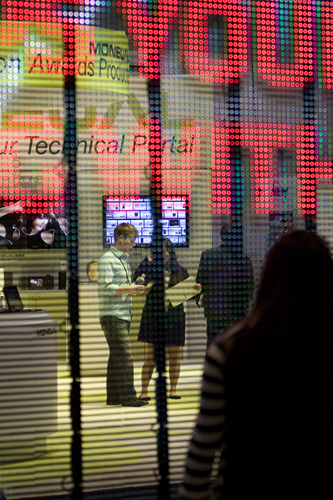 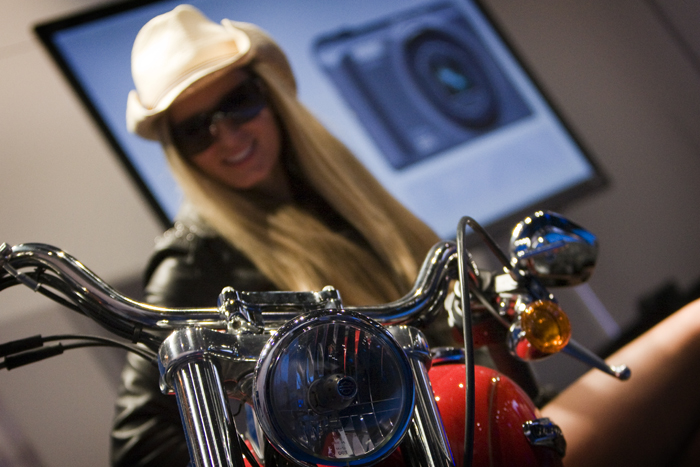