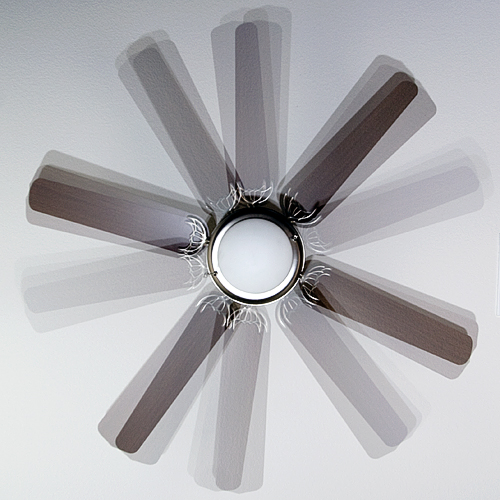 I watched the film "Brick" today. There is a scene where the camera is looking up at a ceiling fan and is rotating along with it. I wanted to recreate that feeling in a photo. Unfortunately, there is nothing on my ceiling that I can blur to suggest ceiling rotation (instead of the fan rotating). The backup was to play around with long exposures and randomly flash the spinning fan. Et voilà.
Posted by Paolo DLR at 11:45 PM