That's right. DLR (me) finally made it back to DLR (Disneyland Resort). The last time I visited Disneyland was in 1999. The only time I had ever been to California Adventure was in 2002. This trip was way overdue.

To maximize our two-day park hopper tickets, we stayed three nights at a Best Western across the road. Way cheaper than a DLR hotel and still provided the benefit of a 10-minute walk to the park turnstiles. The big plus was being able to take a break in the middle of the day. This also allowed me to grab my camera gear for the evening shows.

Our first day ended with "Remember... Dreams Come True" at Disneyland. We actually caught most of the fireworks the night before from the Downtown Disney area. But that doesn't compare to being right in front of the castle. The show is just so much better with all the music and special effects. 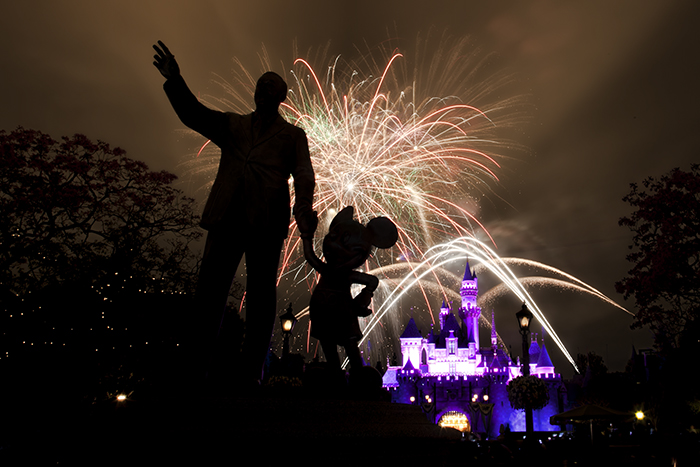 OK so we weren't right in front of the castle. Instead, I got an idea from a Disney blog to camp out in front of the "Partners" statue. My photos pale in comparison to his, but it was a decent effort. It certainly didn't help that it rained. Just a sprinkle and not enough to ruin our enjoyment of the show, but certainly enough to ruin my shots! The following photo probably would have turned out pretty good except for all of the rain drops. I posted it anyway because I like the potential. 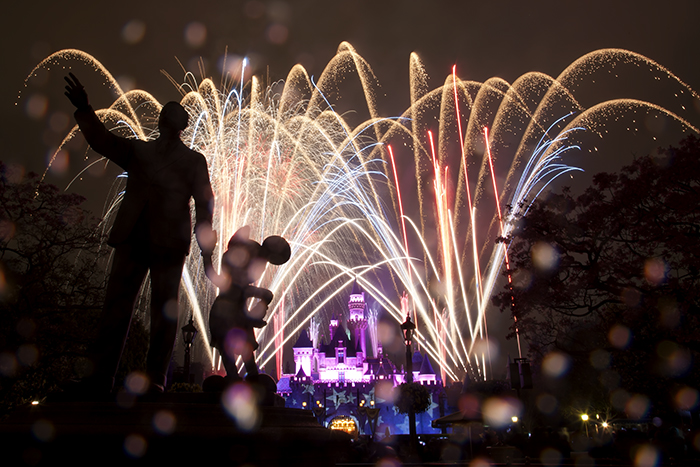 The next night, it was time for us to catch the World of Color show at California Adventure. This is definitely a must-see attraction. It's best described as the Bellagio fountains amped up to eleven and completely Disney-fied. These photos just cannot do it justice. 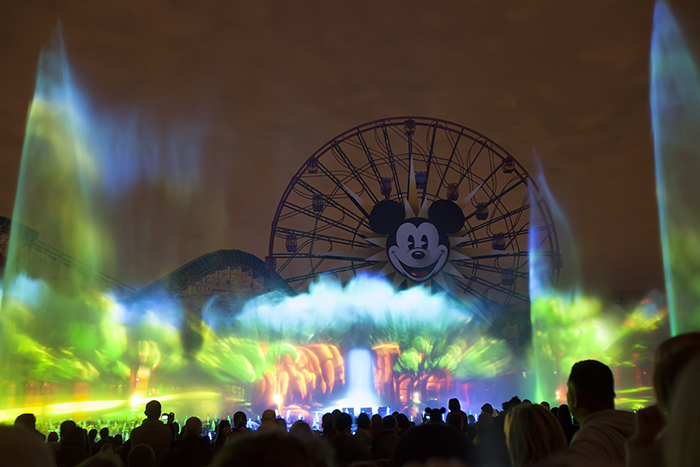 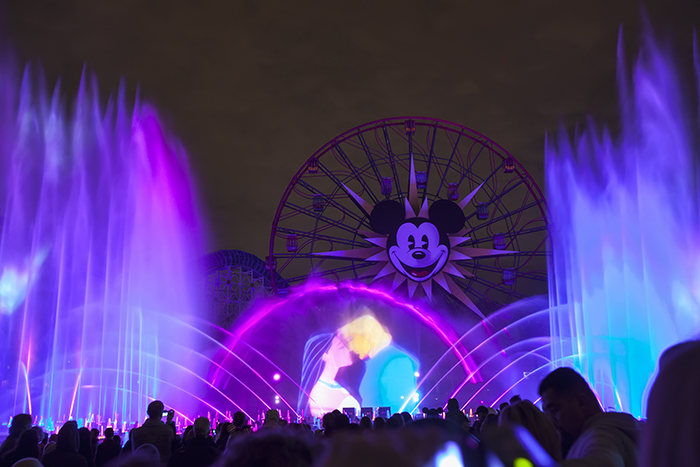 After the crowds dispersed a bit, I hurried to the waterfront to capture the lingering after-show scene. 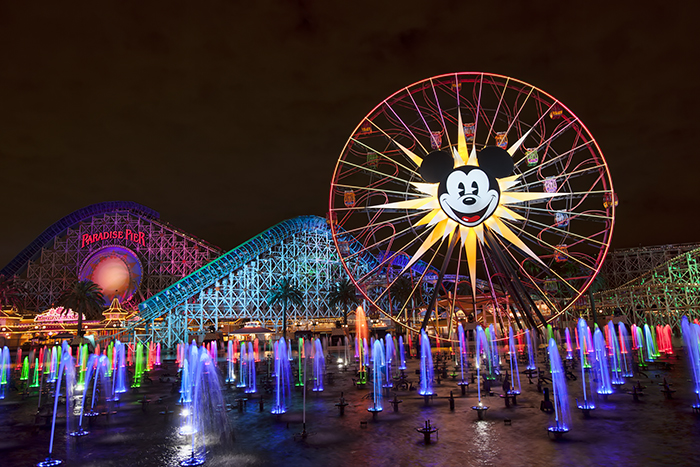